Artist Cayman is producing several documentaries of the most talented artists and thinkers on the planet. The series will start with an interview to Daniel Barenboim

Daniel Barenboim on music, life and playing in Gaza

Conductor and pianist Daniel Barenboim talks to Cayman about music’s power to bring people together, and says Israelis and Palestinians should live together or side by side – but not back to back.

Daniel Barenboim is a world-class conductor, an eminent pianist, and a man who has devoted his life to the cause of peace.During August he is back in Buenos Aires with a series of concerts at the Colon Theatre , a venue he first performed in almost 60 years ago, at the age of just 13.

He brought the East-West Divan Orchestra – which includes Israelis and Palestinians – to Argentina again as part of this global Proms.Talking about the orchestra, he explains to Cayman how music can bring together people from different political, religious and cultural backgrounds.

“They sit at the first rehearsal… one Arab and one Israeli, and what do they do? They tune to the same ‘A’. They have to really coordinate with their neighbour. They try to play the same dynamic, the same length of notes, the same phrasing – together. Everything in that way. “Then, obviously, after three hours of sharing a passion, you look differently at the other person. No question about that. But music cannot bring peace.”

Discussing relations between Israel and the Palestinians, Mr Barenboim says: “The Israeli-Palestinian conflict is not a symmetrical conflict.”It started with the fact that Israel is a nation, a state, very strong, and Palestine is neither a nation nor a state. It’s just a people.

“One is occupied, the others are the occupiers. So it’s not symmetrical.”

But he disagrees with Palestinians who reject the right of Jews to live in Israel, saying: “We have to share that.”

Recalling his 2011 concert in Gaza, he says: “I received in Gaza what for me was the greatest compliment of my life.”The Palestinian head of an NGO there – not a political person – said to me: ‘Thank you so much. It was so important that you came.'”I said to him: ‘Why was it so important for you that we came?'”And he said to me: ‘We Gazans feel the world has forgotten us. The ones who remember us send us food and medicine.’

“And then he said: ‘But you know, you would do that also for animals. That you came with your musicians made us feel like human beings again.'”

Living together
On Israeli Prime Minister Binyamin Netanyahu’s call to European Jews to return to Israel, Mr Barenboim tells Cayman: “I think it is unacceptable for an Israeli prime minister to tell the Jews to leave different countries in Europe.

“It is an insult to the countries that have accepted the Jews as their own citizens – in France, for instance.”

And on calls for a cultural boycott of Israel, he says: “I feel great solidarity with the boycott movement as far as anything that has to do with the Israeli government. Absolutely understandable, and I would do that.

“It’s a small thing, but I would never drink wine from the occupied territories. Absolutely not.

“But I think it is a great shame that the boycott movement does not differentiate, because there are quite a number of Israelis who do not think like this and who see the need to find a way to live together. And I don’t think you have the right to block all of that.” 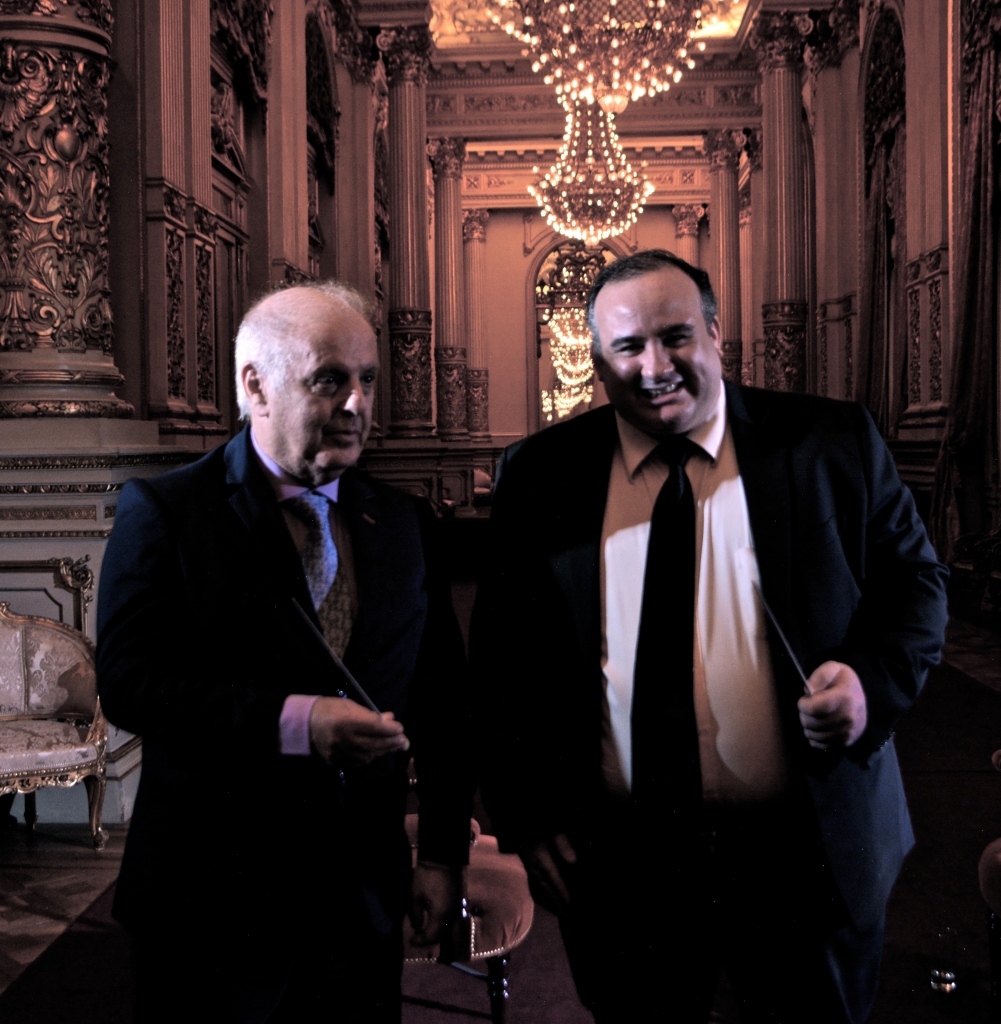